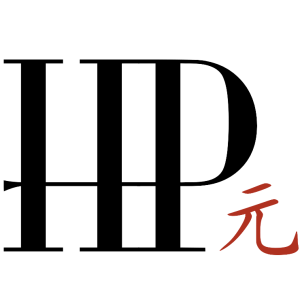 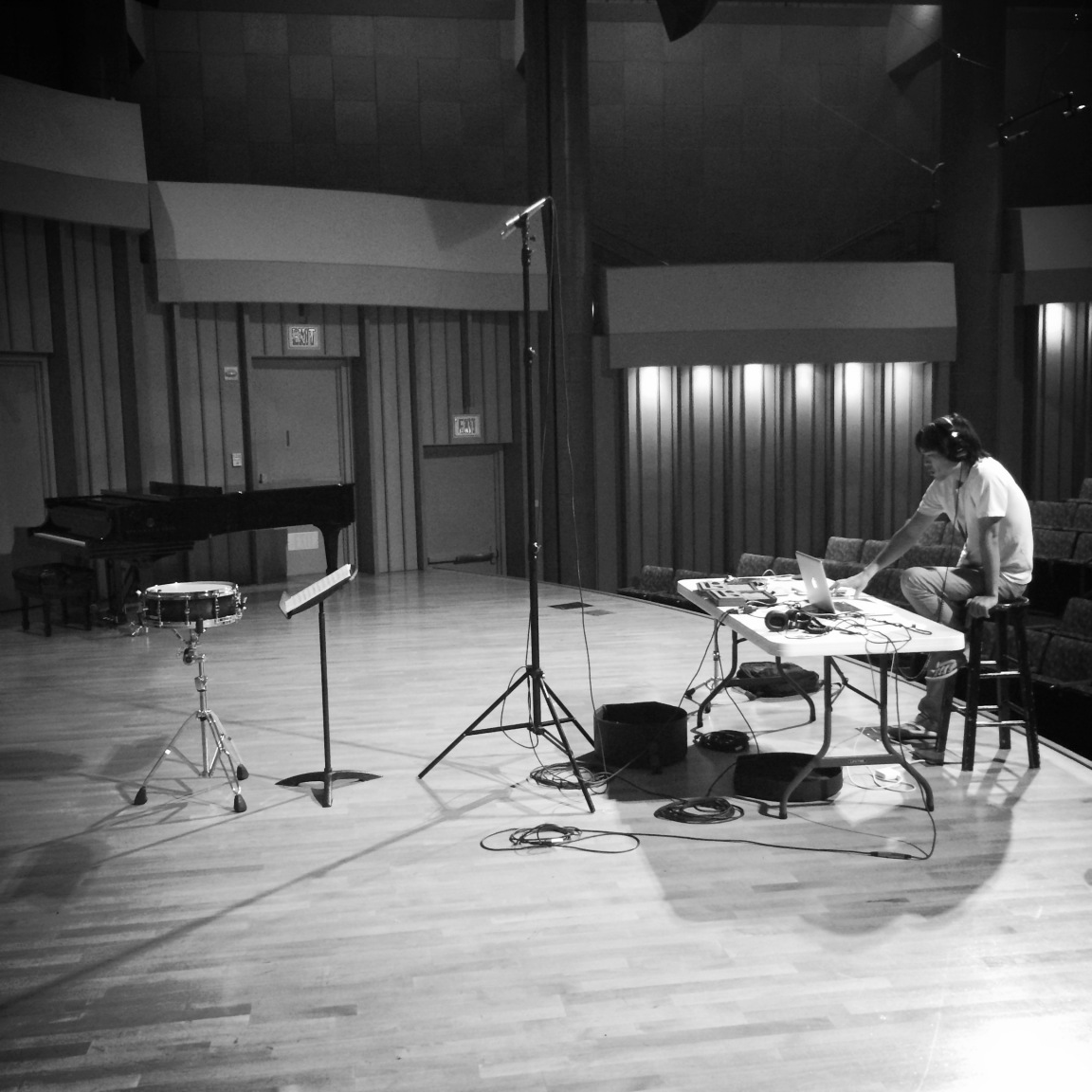 Getting the band back together!  The 2nd year of the camp working with this team. I had a blast teaching with She-e Wu, Chris Lamb, and Eric Samson.  Already looking forward to next year! 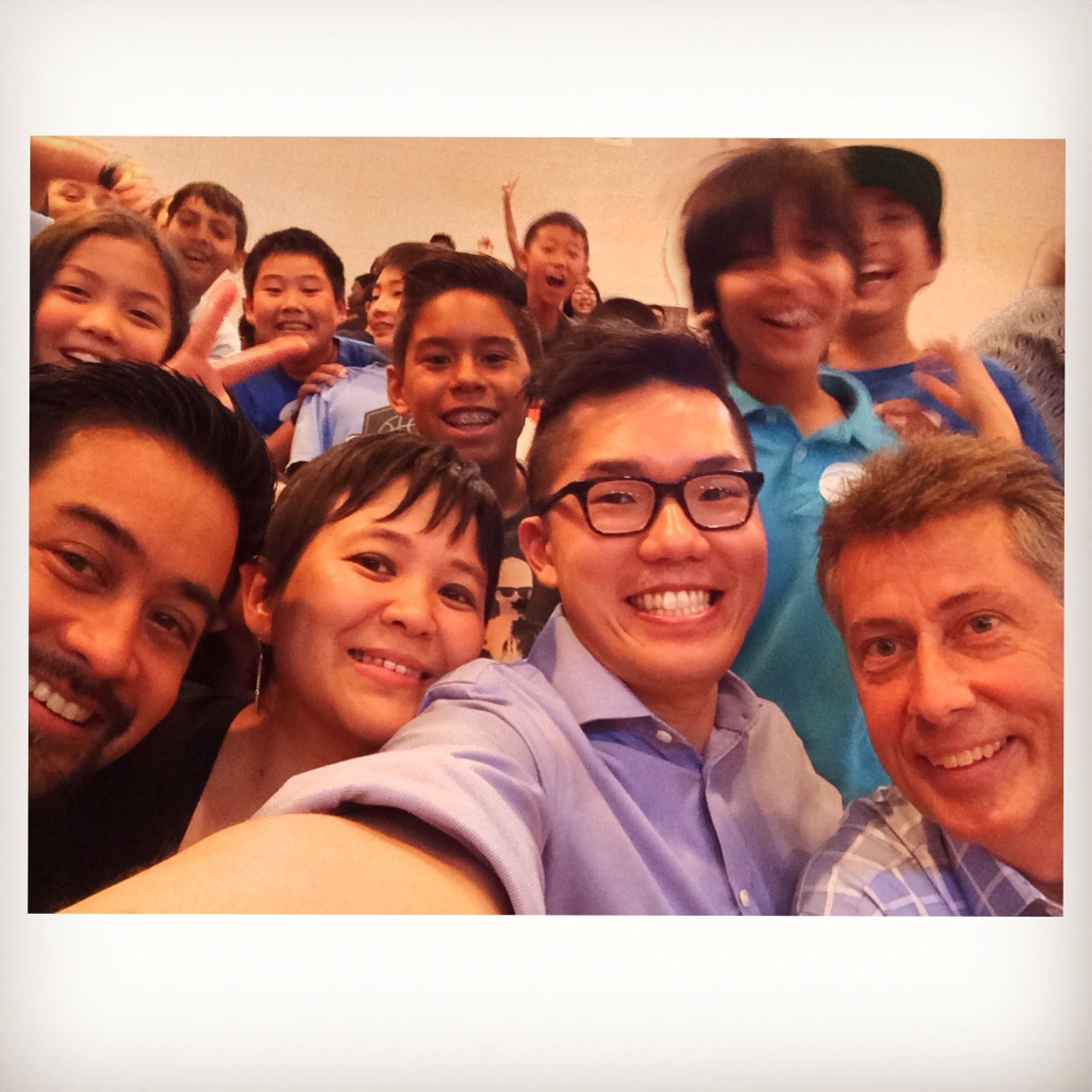 Summer Encounter at Colburn brings 60 students from our 15 surrounding partners to campus for 2 weeks of immerssive classes in dancing, drama, singing and instrumental music.  The Jumpstart students came in for an afternoon performance to demonstrate how much can be accomplished in just 2 years of instrumental study.  After inspiring the next generation of Jumpstart Young Musicians Program participants, we stop to pose for a group photo.  Of course we also had to take a silly one. 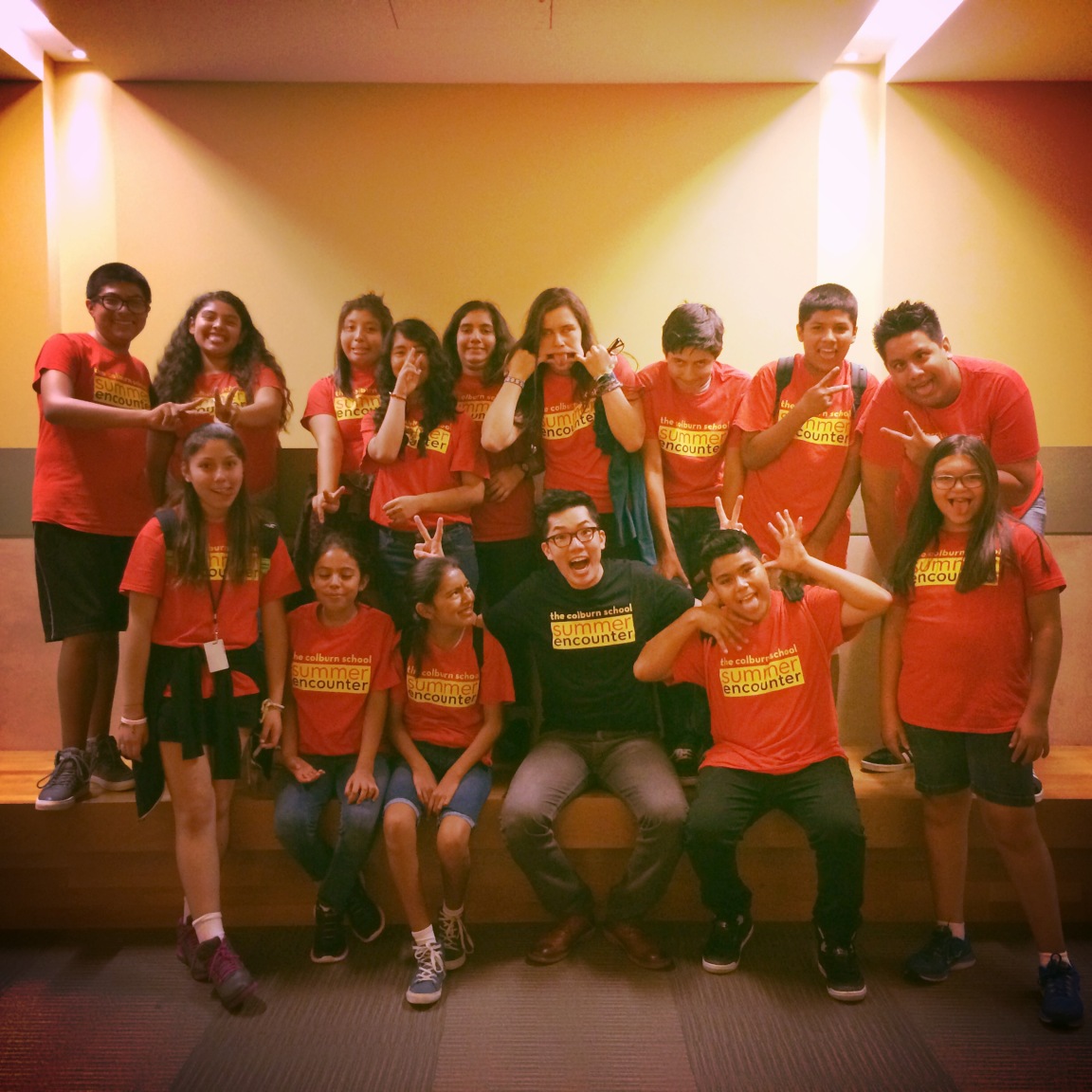 Two week day camp at Colburn for pianists age 9-13.  These kids have a great sense of humor.  In this photo, we’re playing a rhythm game where the students copy me.  I turned around to adjust the sound, they kept playing. 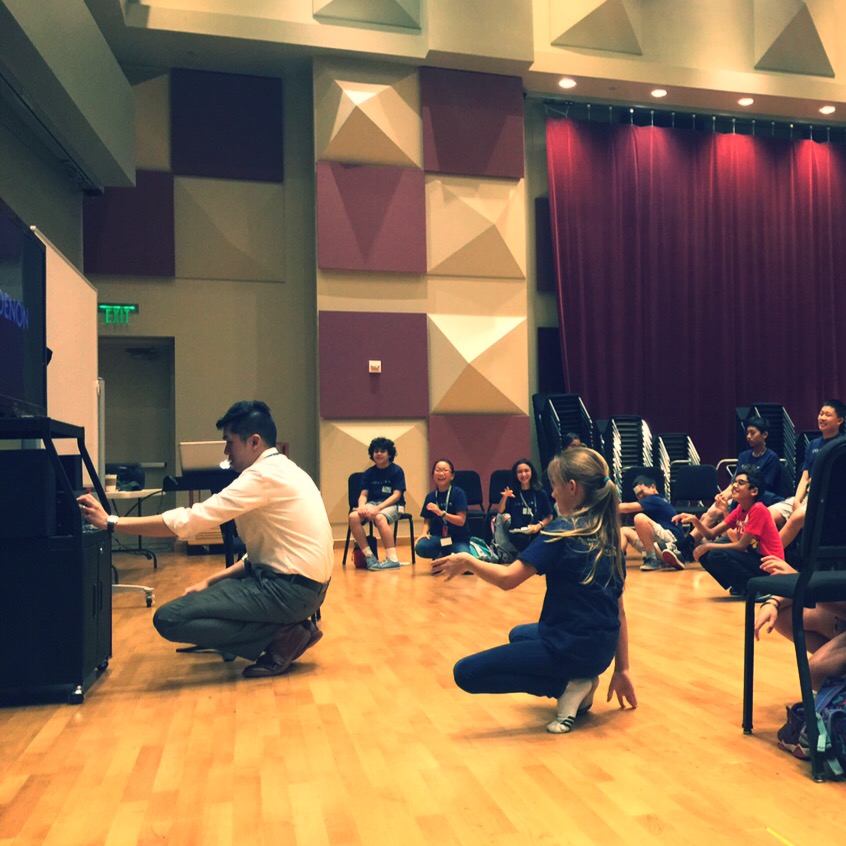 I had the honor of performing at my sister-in-law’s wedding in San Diego – what an adventure!  On the morning of the wedding, there was a steady drizzle that quickly turned into a full downpour.  We loaded in, and set up for what looked to be an indoor ceremony.  Then 30mins before the ceremony start time, the clouds parted and the sun started to shine!  The entire family helped shift the setup outside (some really hilarious moments), and below is a shot of the “calm after the storm.” 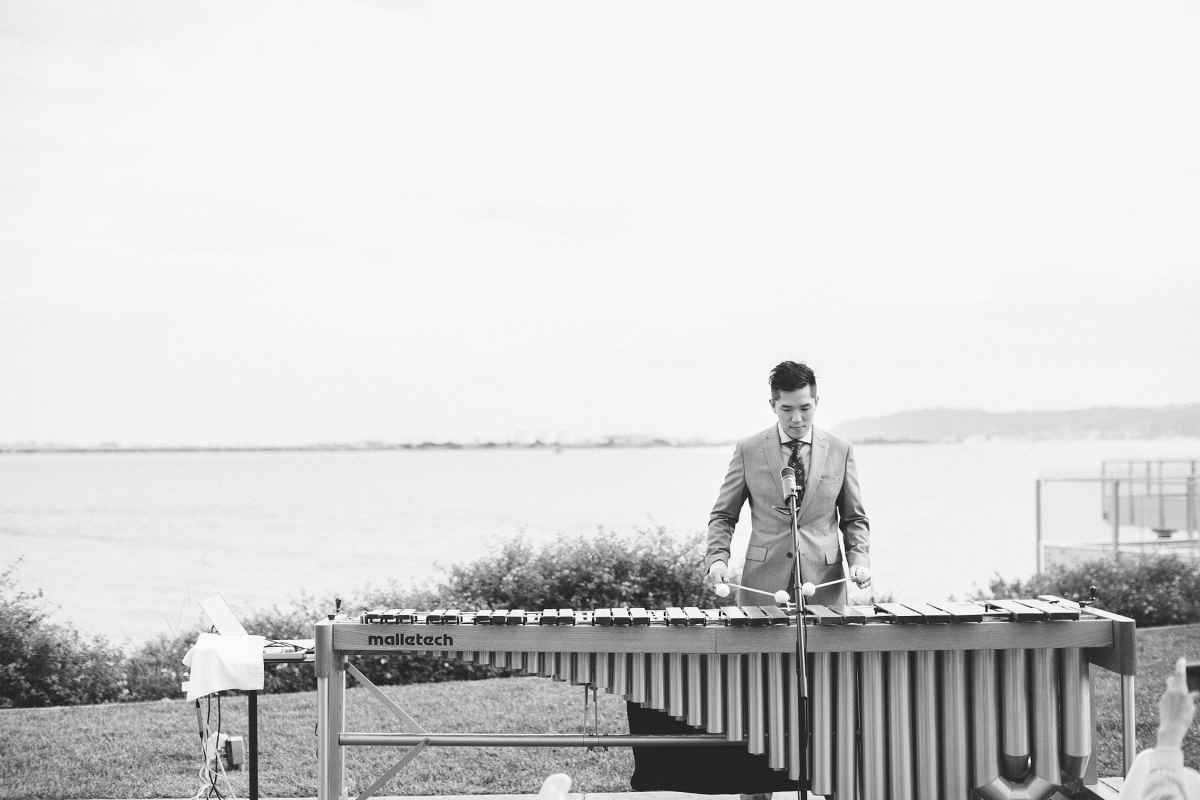 Spent an afternoon recording some drum tracks at my buddy Steve’s recording studio.  Check out his film score for the movie short, ALMA. 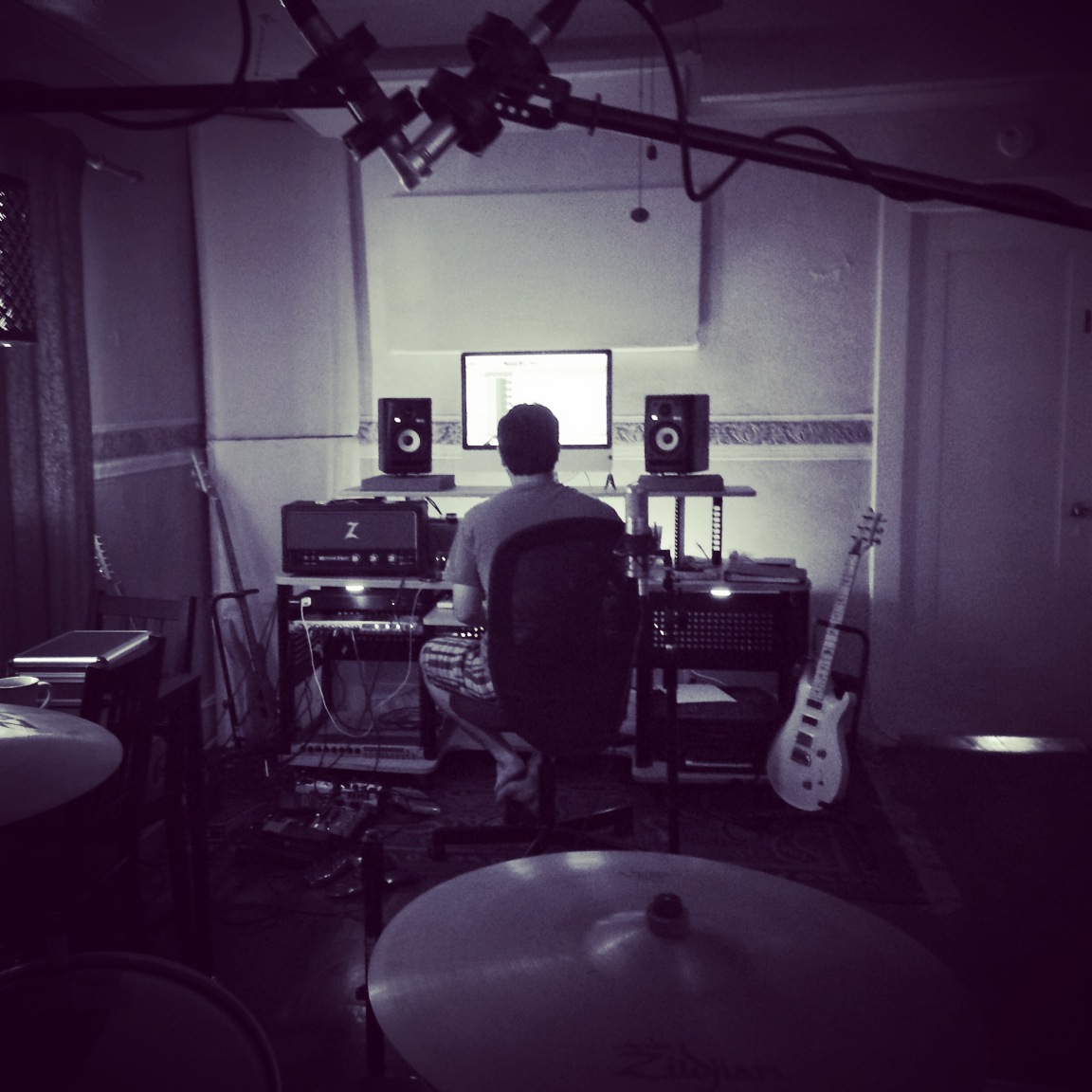 I traveled east to Tennessee, and met up with my older brother and nephew for my cousin’s lovely wedding.  The trip doubled as an opportunity to visit Innovative Percussion, and was a reminder of how music has graced me with friends and colleagues from all over the world and country.  I’ve been with the IP team for over 10 years now, and it was such a pleasure getting to hang with them in their space.  EJ and Nick personally walked me through the factory floor, and the attention to quality and construction affirmed why IP producst are top of the line – the best.  Most importantly, catching up with good friends always bring a smile to my face.

Looking forward to taking them out next time they’re in my neck of the woods! 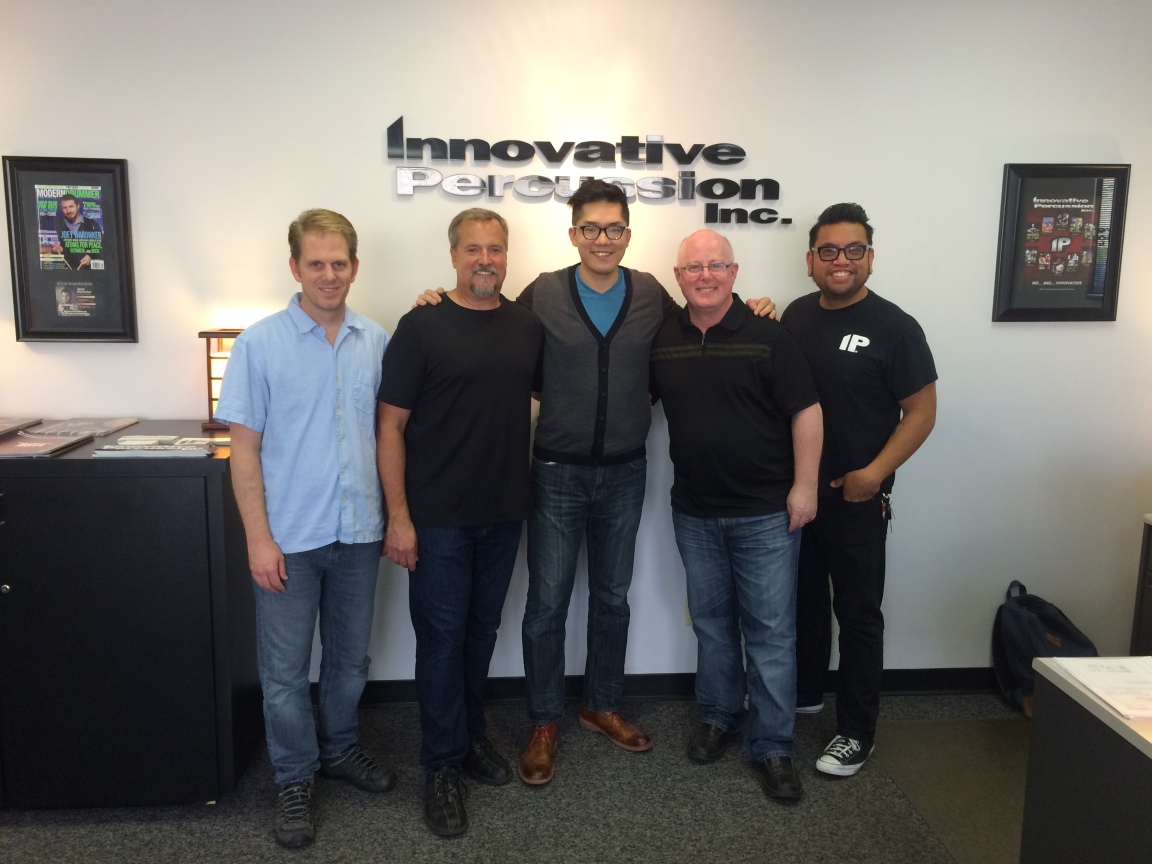 Class field trip to the Museum of Jurrassic Technology – definitely a must see if you have an afternoon to explore an amazingly curated collection of art, science, and invention.  Exhibits on Athanasius Kircher make you question your percpetion of fact and fiction. 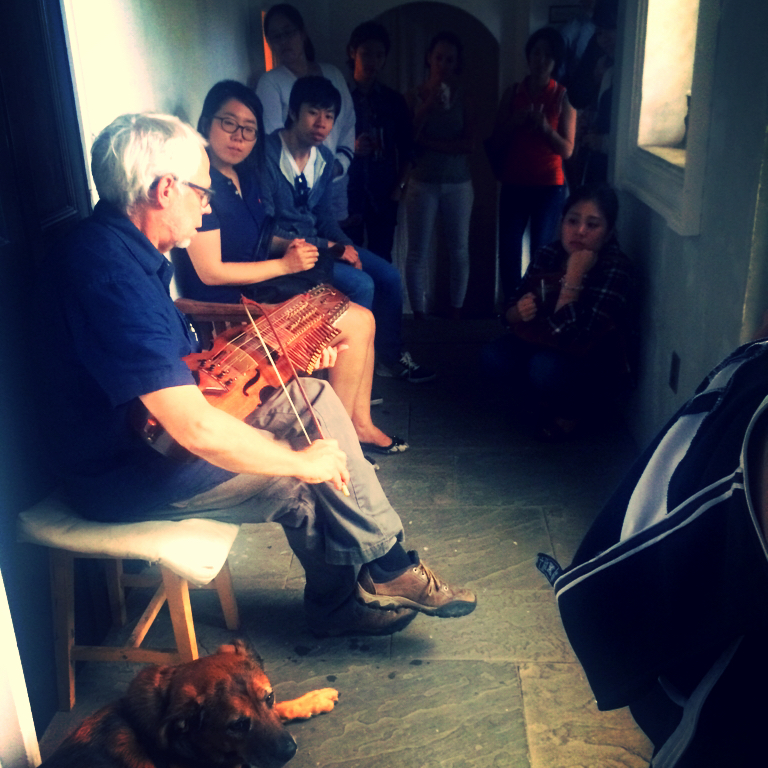 Final concert of the semester for the Jumpstart Young Musicians Program in Zipper Hall.  Very proud of these students and happy to be a part of their families and lives. 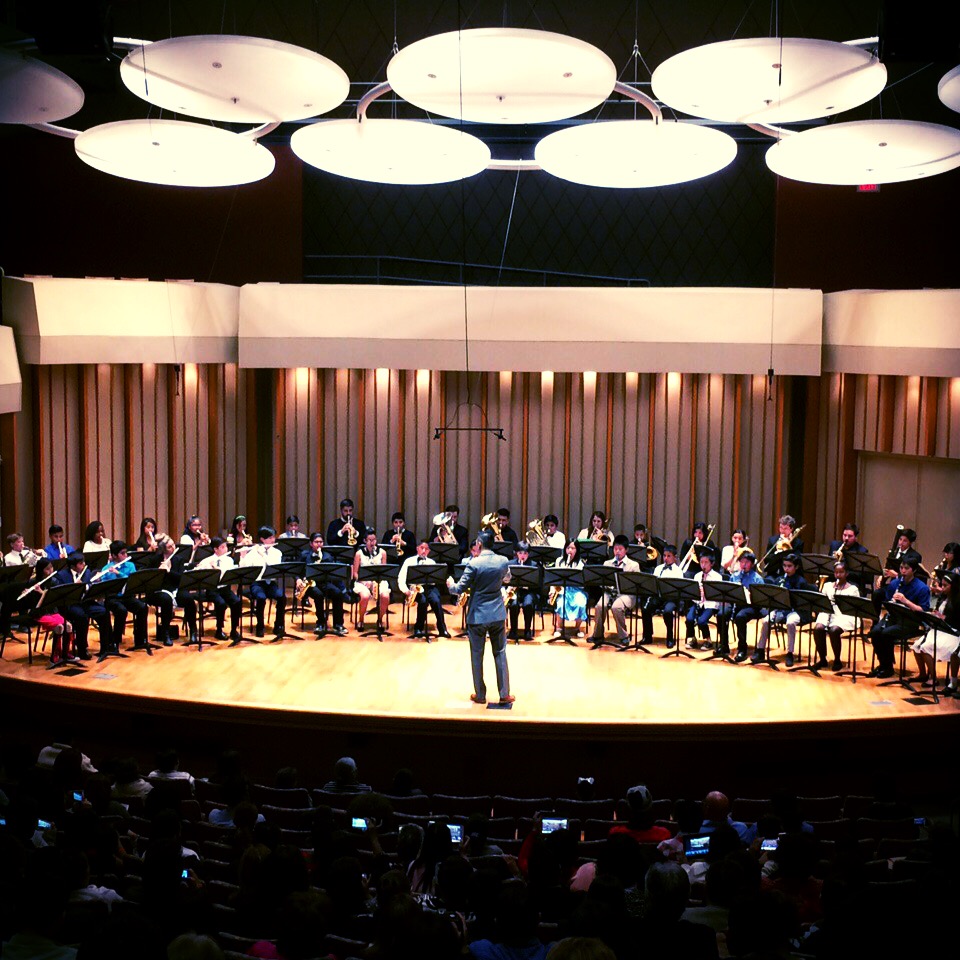 An afternoon observing musicians rehearse at such at high level as they prepared for their performance at Walt Disney Concert Hall really turned an otherwise ordinary Thursday into somethign special.  The things that EPS chose to comment on and the feedback he gave each time he stopped (or decided not to stop) really sticks with me even now. 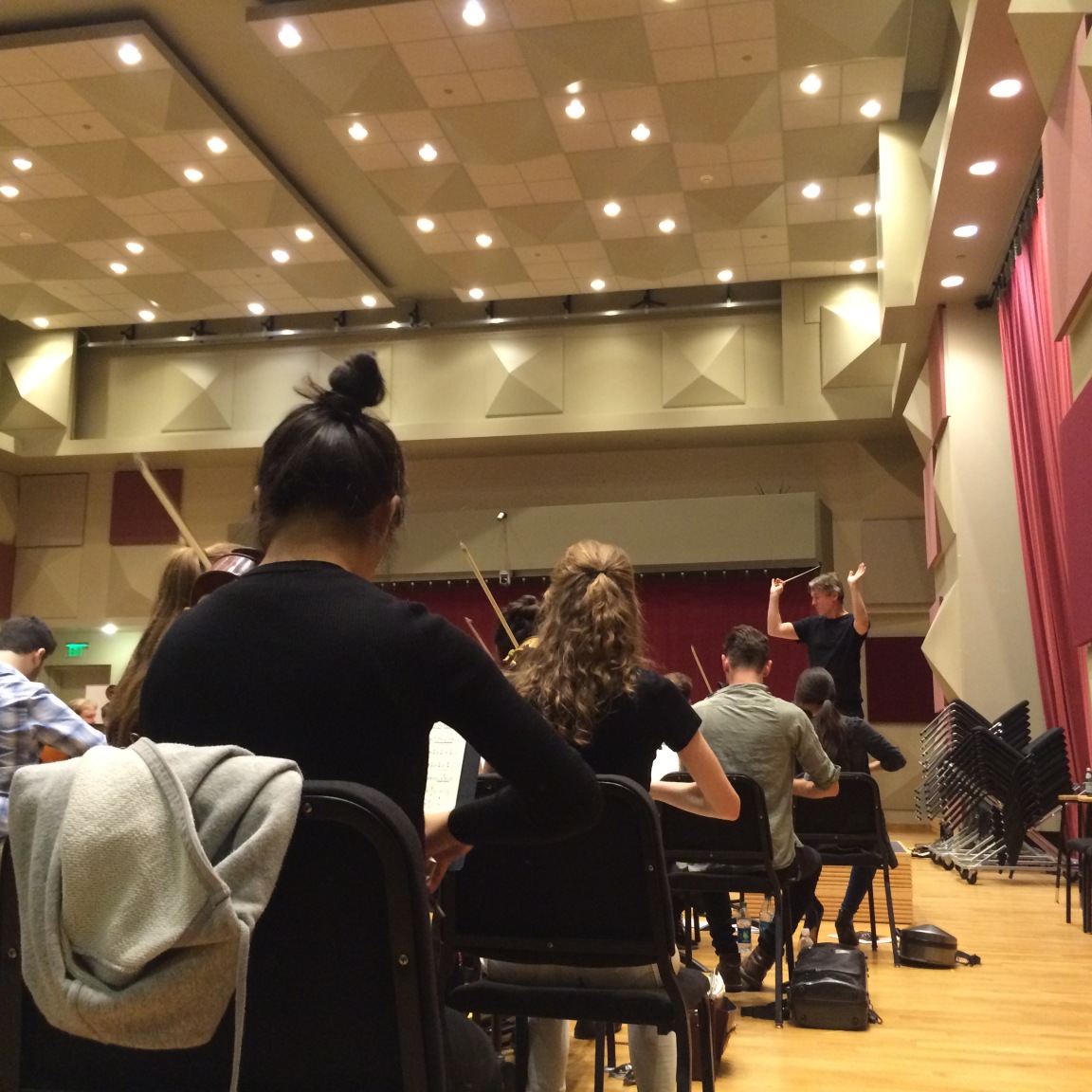 Friends from the USC Scholarship Brass Quintet performed for the fresmen band at Grand Arts VAPA.  Not only was the playing fabulous, they spent time answering questions about their instruments, how they got to where they are, and offered some life lessons for these eager young minds. 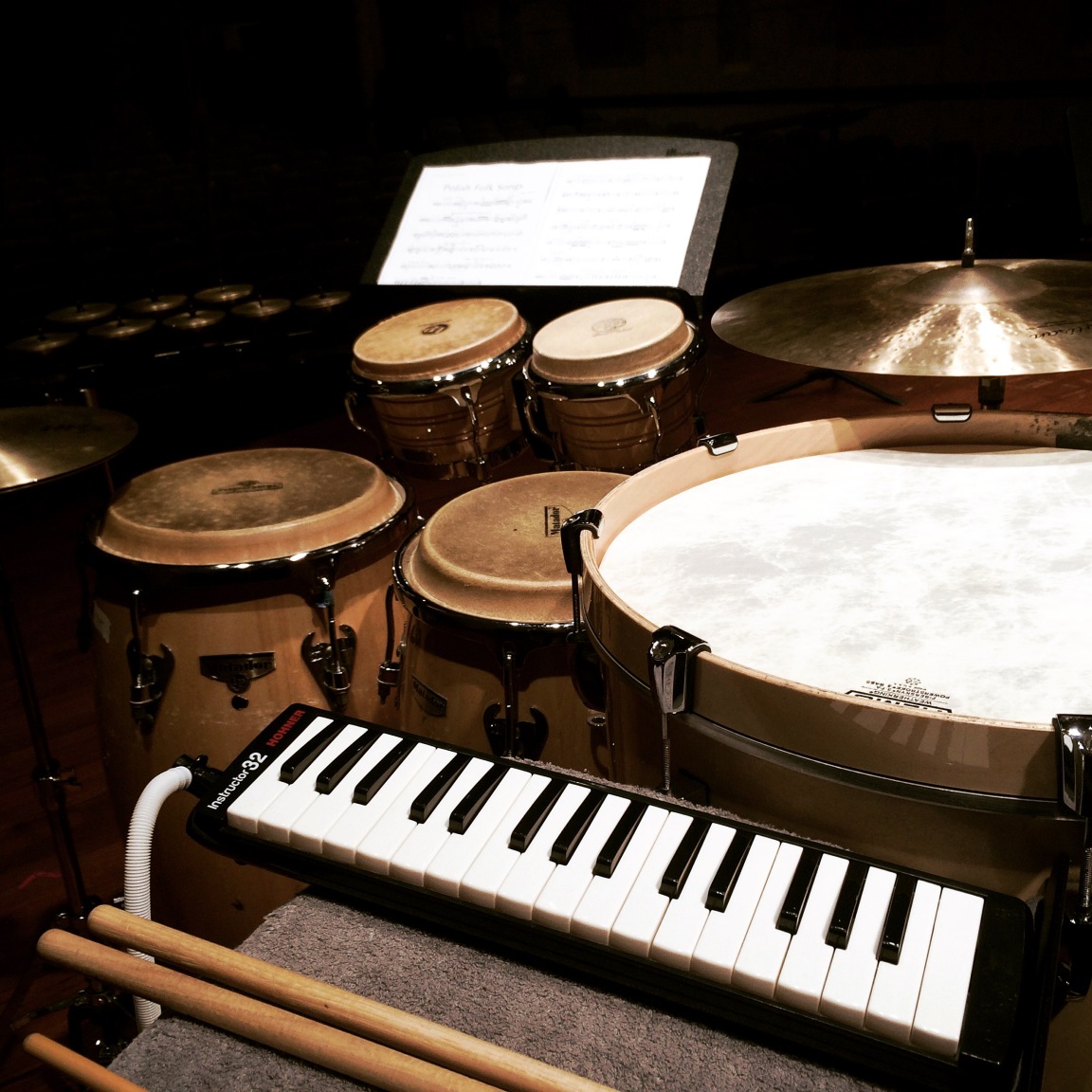 Working and teaching with good friends is such a valuable part of the process of growing as a performer and teacher.  You learn from each other, and bring a contagous joy to the rehearsal process.  Pictured here, Michael Yoshimi, Nick Sednew, and I stop to breathe for a moment after a very successful Spring performance with the Grand Arts VAPA students.  During the semester, we team taught the beginning band class, getting the students up and running for their first year. 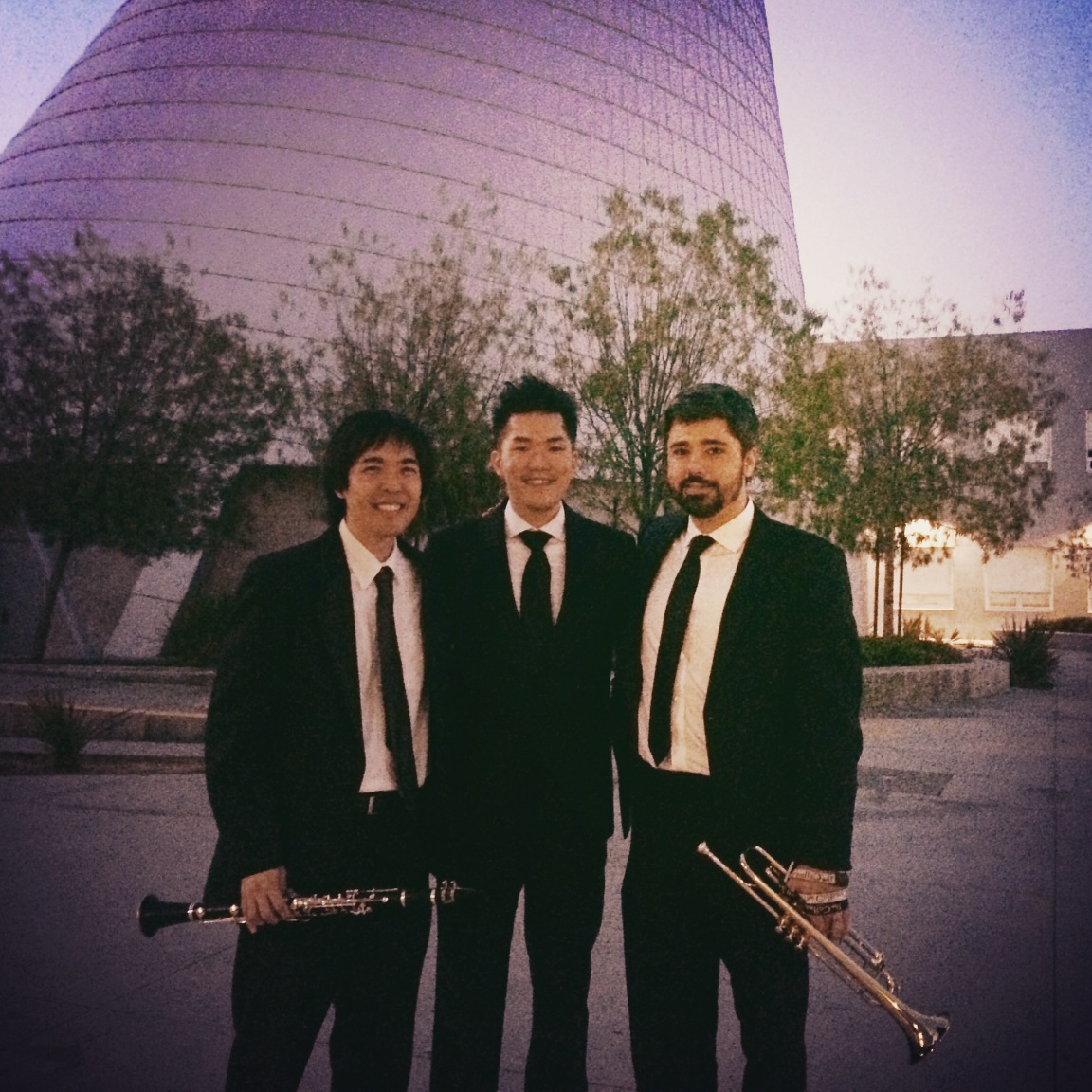 Legendary recording engineer, Al Schmitt, runs a recording session for the Thornton Jazz Orchestra, performing compositions by the Scoring for Motion Pictures and Television program.  Walking the halls where greats such as Sinatra, Presley, and Jackson have record was one thing worth remember.  Watching the well-oiled machine recording team run the session was another.  Click here to read the full article 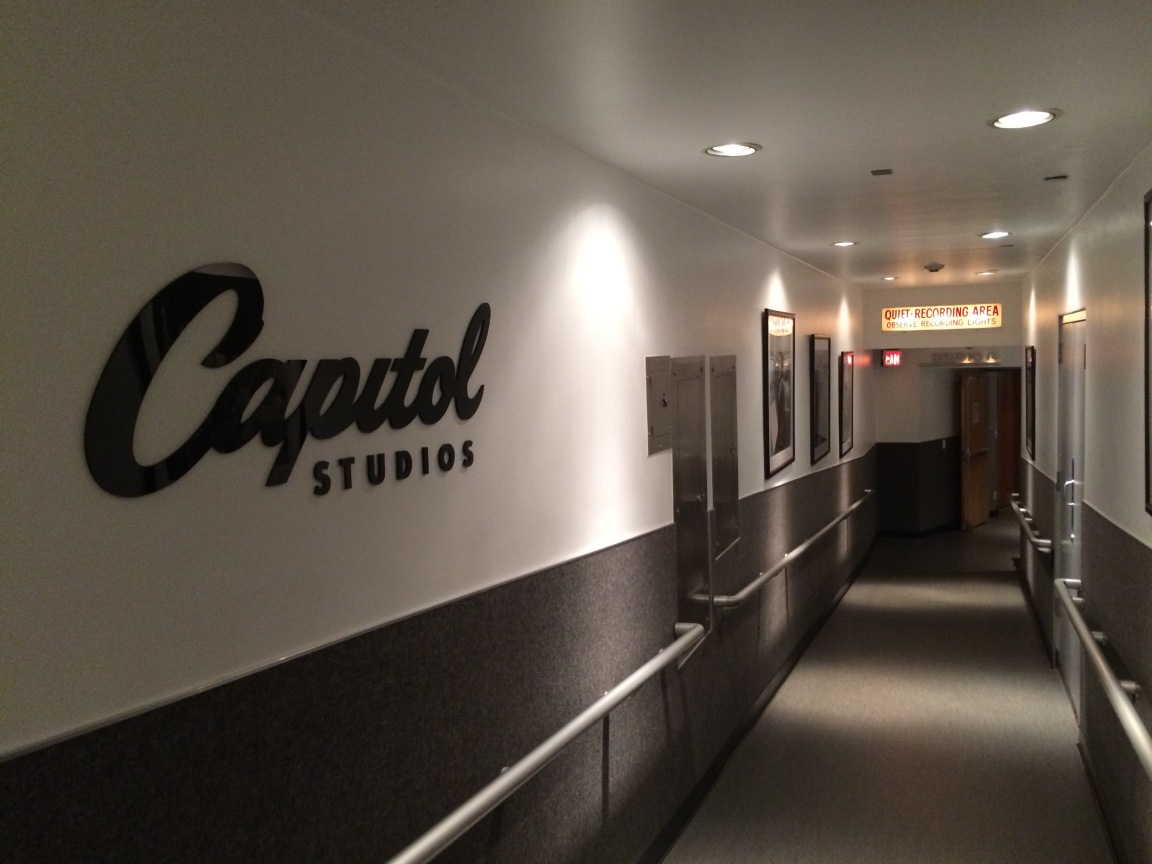 My little brother comes to visit and we have a great time touring downtown LA, checking out places like Walt Disney Concert Hall, Grand Centeral Market, and the Bradbury building.  He geeks out when he sees a Fazioli through the window of one of the rooms at Colburn.  Next trip, I want to introduce him to my friend, Neema, Director of Piano Technology at Colburn, so he can get a closer look. 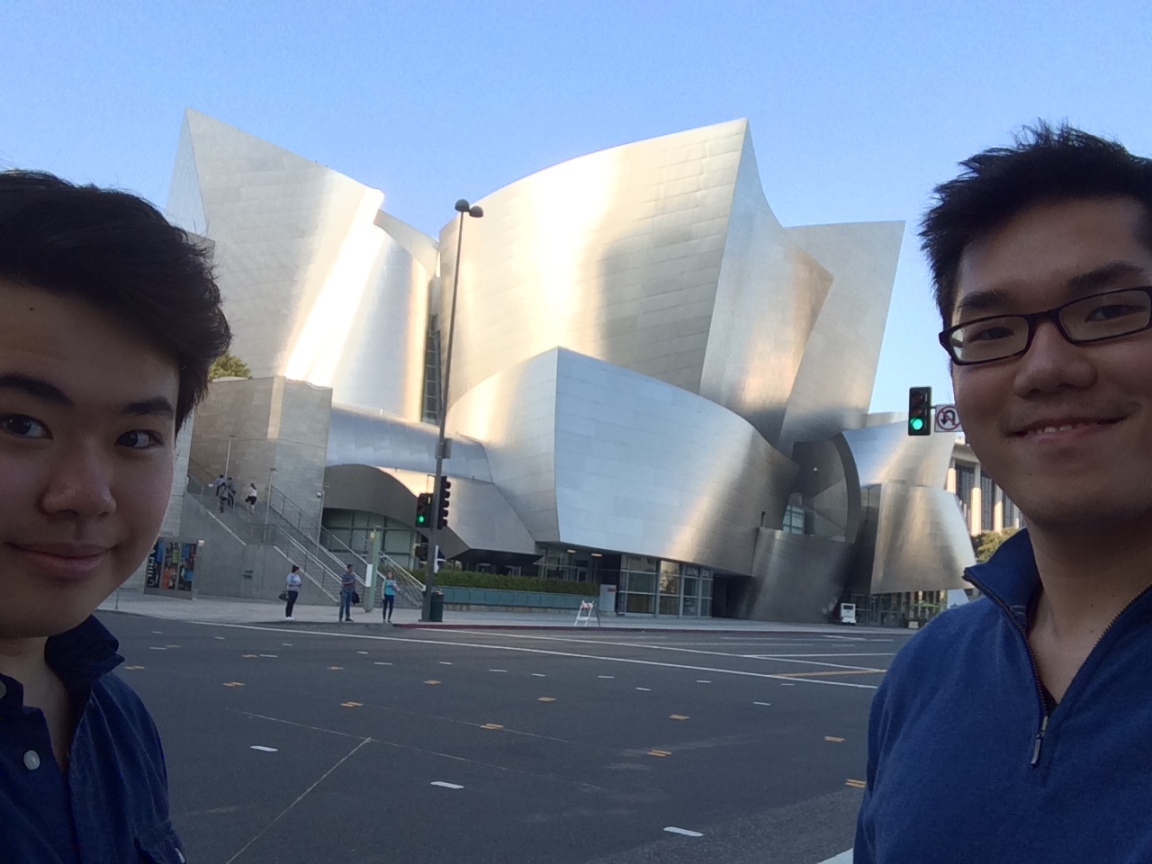 Students return after returning from a long break.  Here, trumpet studio class with Nick Sednew to start working the chops back up. 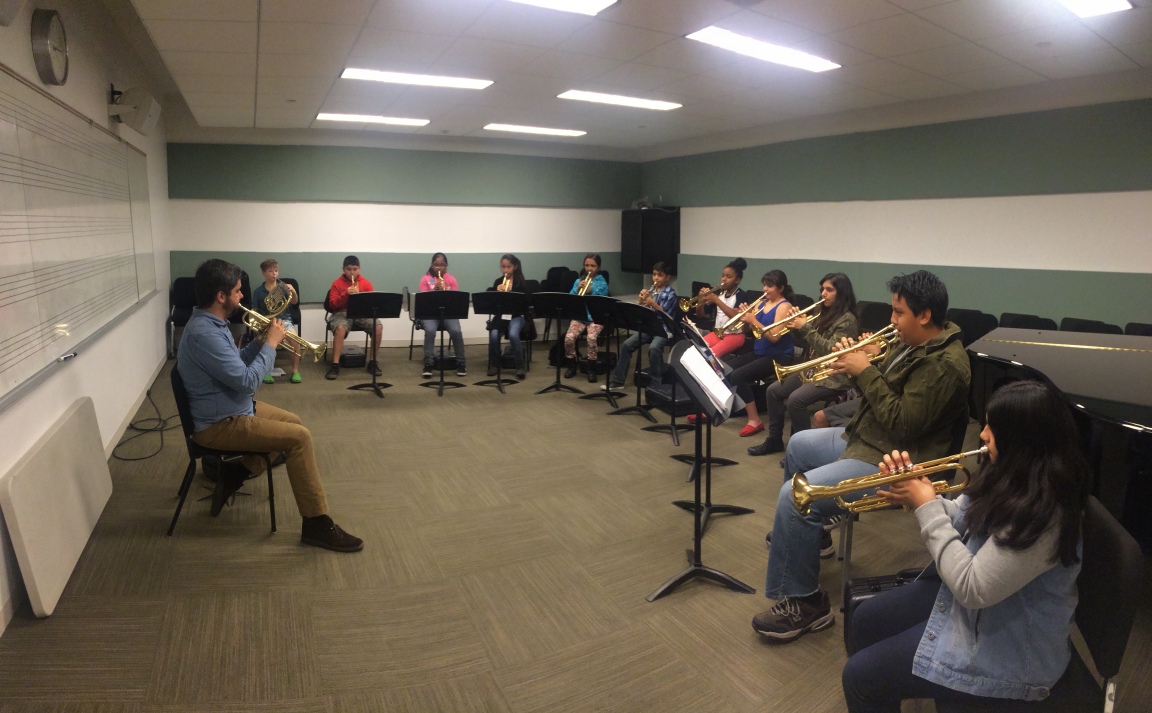 We loaded into a van and took a good ol’ fashioned road trip from San Antonio to Houston to visit my Mom’s side of the family.  Hanging out in the back row with my nephew. 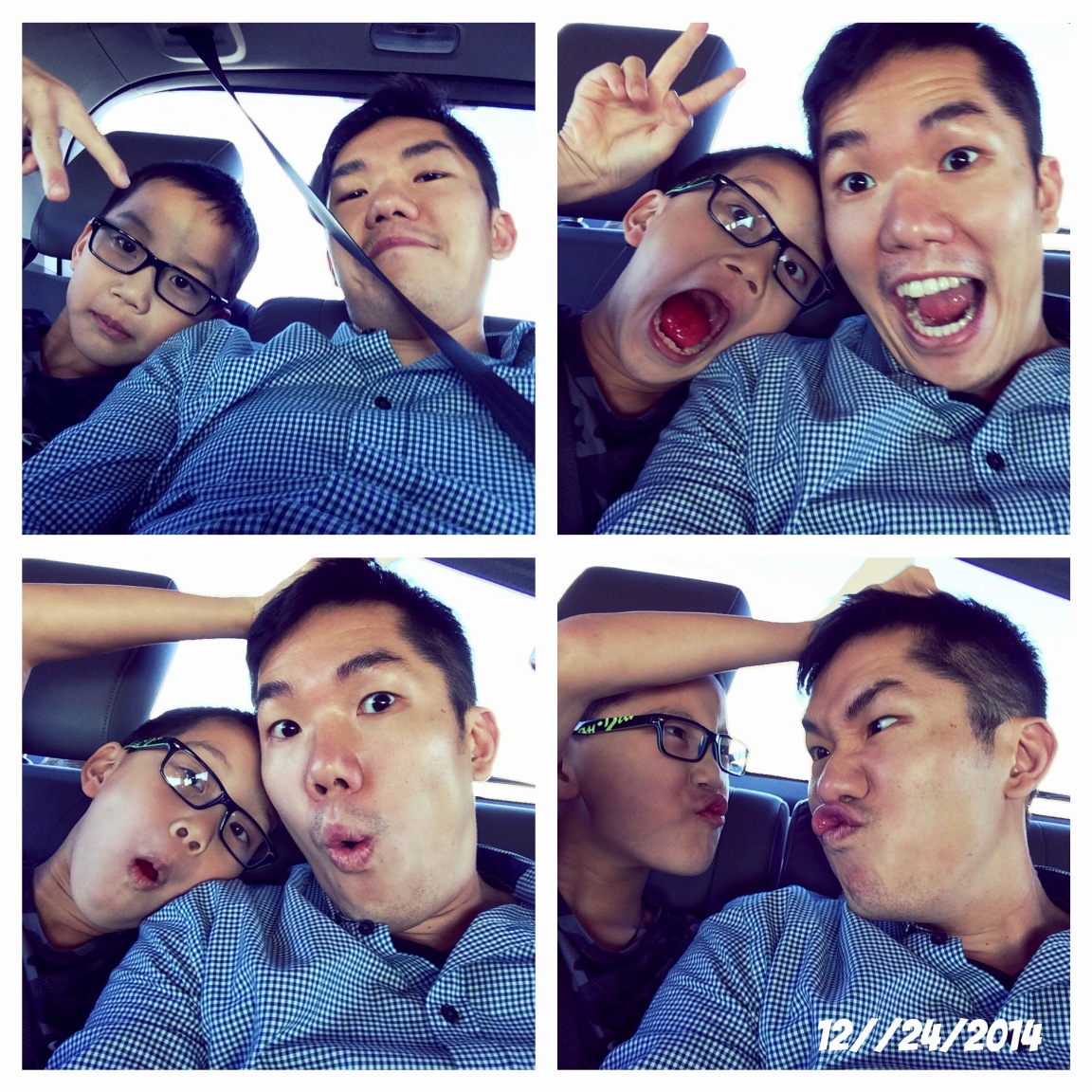